We no longer have the shoe boxes we used to move around the cars with the races, so I figured that I'd make some boxes for the pack.  I started by figuring out the measurements and drawing up a plan.

After cutting out all of the pieces, I glued them up and secured them with tape while they dried. 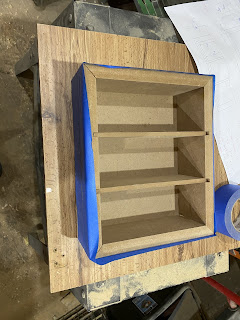 To identify which car was to go on which lane I routed in the numbers, and then painted them to match the lanes on our track.

After sanding off any extra paint I sprayed them with a clear coat, and then added handles to make them easier to carry by our runners on race day. 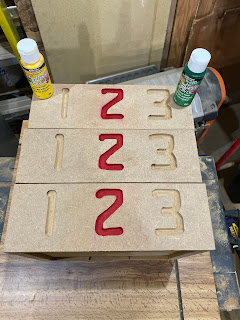 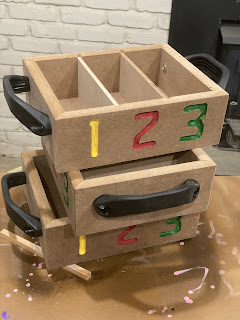 Posted by Scoutmaster Thomas at 1:43 PM No comments:

As the Arrow of Light Den Leader I thought I'd make this year's car the Arrow.

I started by printing the symbol on paper the same size as the pinewood derby block. 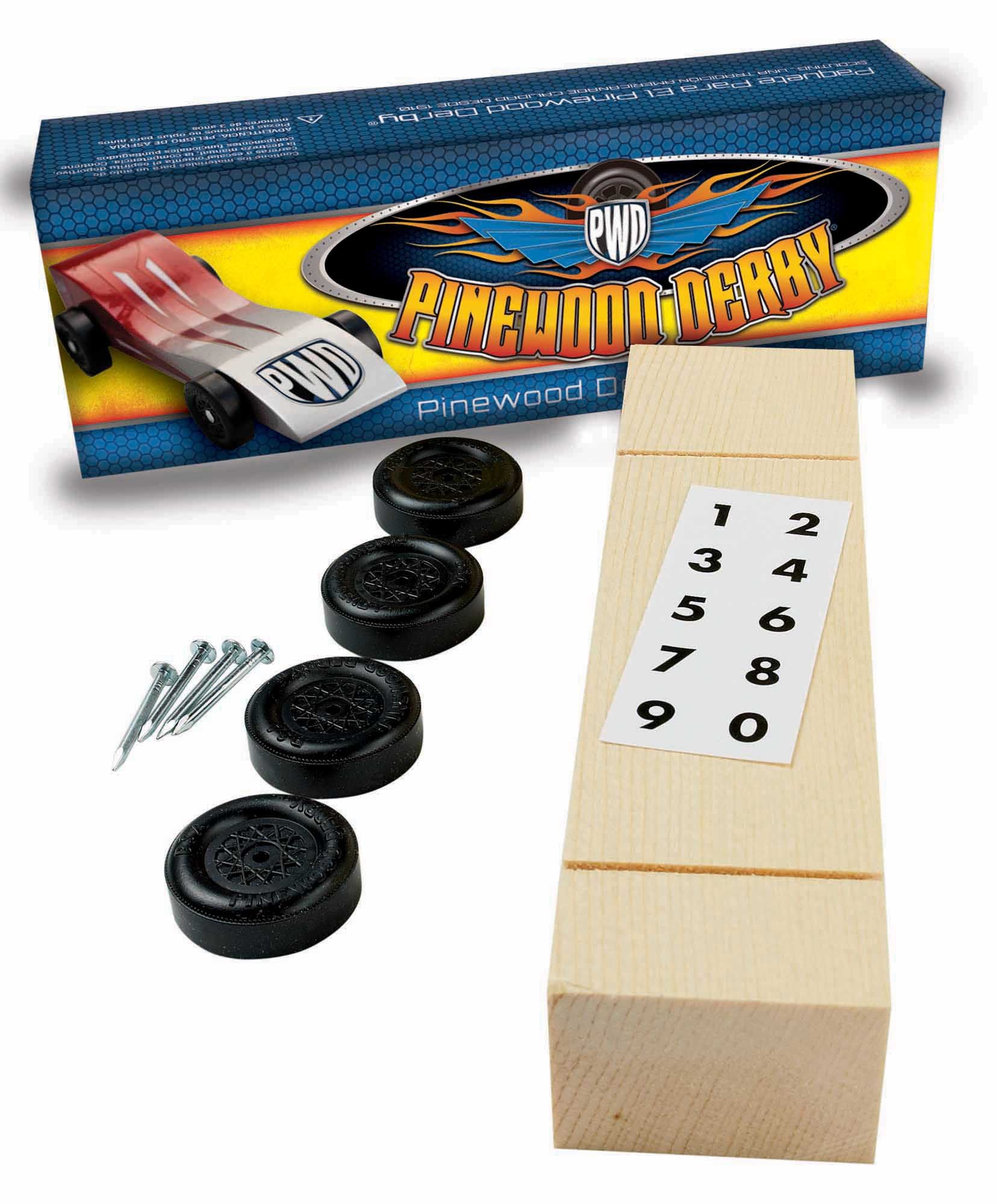 The piece with the axle slots will become the base, and I attached the paper template to the other half.

Making the rough cuts on the band saw, and then the intricate cuts with the scroll saw I ended up with the arrow. 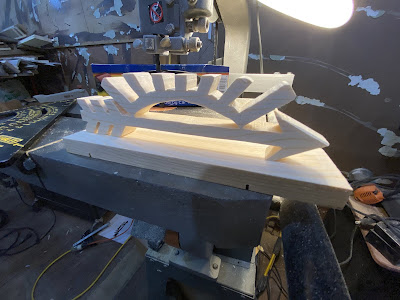 Next was a good deal of sanding, and creating the bevel on the base with a router.

Then drilling three holes for screws to attach the pieces together.

Then adding the weights before spraying some primer on both pieces. 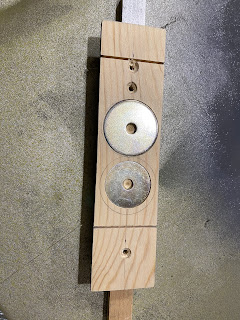 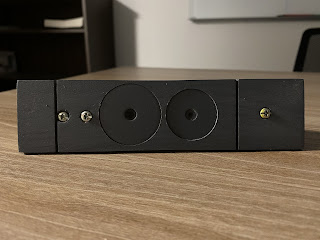 Then it was time to paint, yellow for the arrow and a blue for the base.  A few coats on each, a little shimmer on the sunburst of the arrow, and then some clear coat. 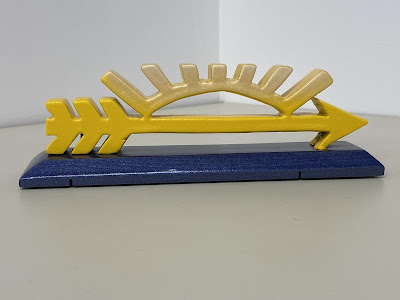 Next will be adding the wheels, and then in a few more days, race day!
Posted by Scoutmaster Thomas at 1:38 PM No comments: